AirVistara is officially known as Tata SIA Airlines Limited. The name Vistara was derived from the Sanskrit word ‘Vistaar,’ which means ‘limitless expanse.’ It is an Indian domestic airline based in Gurgaon, Delhi, and its hub is at Indira Gandhi International Airport. AirVistara is a joint venture between Singapore Airlines (SIA) and Tata Sons (TATA). Its brand identity was unveiled on August 11th, 2014. The prestigious airline commenced its operations on January 9th, 2015.

Official Website of Air Vistara: http://www.airvistara.com
Check this website to get more updates on Air Vistara flight details with offers and discounts.

Book Your Domestic Flight At Rs 849 With Vistara 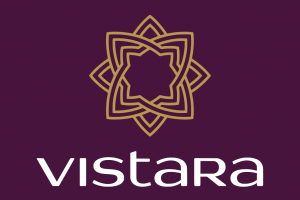 Summer Sale Get 20 % OFF On Vistara By Yatra

Make the best of summer special fares on Yatra.com. Purchase two or more tickets on Vistara and get a FLAT 20% OFF. Hurry, this offer will last for five days...

Tata Sons and Singapore Airlines have signed a memorandum of understanding and applied for Foreign Investment Promotion Board (FIPB) approval to establish a new airline in India that will help...

New Delhi, September 25, 2014 – Vistara today announced that it has taken delivery of its first Airbus A320-200 single aisle aircraft with Sharklets. With this acquisition, Vistara aims to...

Vistara unveils its first A320 aircraft with livery

New Delhi, November 03, 2014 – Vistara announced the names of its strategic partners who have been contributing in brand building and image management of the new airline. The partners...