Chopta is situated in Garhwal, Uttarakhand and is known as the ‘Mini Switzerland of India.’ It has got this name because of its undulating green meadows and breathtaking Himalayan peaks. The surrounding evergreen forests give Chopta a surreal feel, while the mighty Himalayas make it one of the best trekking destinations. The two of the most famous destinations in Chopta are - Tungnath and Chandrashila.

Some of the best Chopta packages are listed on traveldealsfinder. Pick the one that suits you the most from a list of exciting tour packages by Yatra, Travel XP, SOTC, Leisure Hotels and many more. 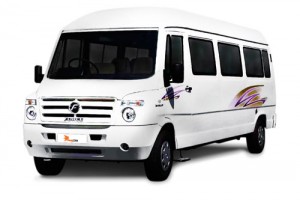 Savaari.com Car rental services have introduced the best discounted car hire offer from Delhi to Chopta Uttarkashi to Delhi at lowest cost. For advance hiring of Cars from Delhi to...

Beat the Heat, Travel to Chopta with eUttaranchal

Chopta is a picturesque hamlet which is still unexplored by travelers. Chopta is the commencement point of the trek to Tungnath – 3rd Kedar. Another 1.5 km trek from Tungnath...