Day 01 : Arrive Delhi
Arrive by International flight, after traditional “Swagat” (Welcome) our representative would assist you at airport & transfer to hotel for check in. Delhi is a bustling metropolis, which successfully combines in its folds the ancient with modern.Its strategic location was the prime reasons why successive dynasties chose it as their seat of power. Later in first half of 20th century much of New Delhi was planned by Sir Edwin Lutyens, who laid out a grandiose central administrative area as a testament to British rule in India. The division in walled city & New Delhi also marks the division in life styles.
Overnight Hotel – Delhi (B)

Day 03 : Udaipur tour
Half Day Tour with boat ride in the evening
Today we visit the City Palace, an intriguing collection of buildings contributed by various Maharanas (Kings) after Udai Singh & built in the year 1725.Later we visit Jagdish Temple, the Indo-Aryan temple, built in the year 1651 AD by Maharana Jagat Singh, is the largest & the most beautiful temple of Udaipur with noteworthy sculpted images. We also enjoy boat ride on Lake Pichola, the beauty of the lake is enhanced by the surrounding hills, palaces, temples, bathing ghats & embankments. The Jag Niwas (Lake Palace) & Jag Mandir, the two island palaces on the lake look like pearls in the lake.

Day 04 : Udaipur / Jodhpur tour via Ranakpur
Today we drive down to Jodhpur. Jodhpur, bustling desert city is the second largest city in Rajasthan & has landscape dominated by the massive Mehrangarh Fort topping a sheer rocky ridge.En route we will visit Ranakpur, renowned for some marvellously carved Jain temples in marble, created in the 15th century AD during the reign of Rana Kumbha.
Overnight Hotel – Jodhpur (B)

Day 05 : Jodhpur
Half Day Tour. Today we take a guided tour of Jodhpur, visiting the Mehrangarh Fort (Majestic Fort), one of the most impressive & formidable structures anywhere in India. We also visit Jaswant Thada, a cluster of royal cenotaphs in white marble built in the year 1899 AD in memory of Maharaja Jaswant Singh II. Within the main cenotaph are the portraits of various Jodhpur rulers. It is an architectural landmark of Jodhpur.
Overnight Hotel – Jodhpur (B)

Day 06 : Jodhpur / Pushkar
Today we drive down to Pushkar.Upon arrival check the hotel and later explore the village of your own.
Overnight Hotel – Pushkar (B)

Day 08 : Jaipur
Today we take an excursion to Amber Fort (11 km); the palace complex which stands to this date was commenced under the reign of Raja Man Singh. We take an Elephant ride to reach the Fort situated on the hill, an overwhelming experience. Later we visit the City Palace, a perfect blend of Rajasthani & Mughal architecture. Overnight Hotel – Jaipur (B)

Day 09 : Jaipur – Agra via Fatehpur Sikri (260 km – 6 hr)
Today we drive to Agra, en route we will visit Fatehpur Sikri (Ghost Capital), the political capital of India’s Mughal Empire under Akbar’s reign, from 1571 until 1585, when it was abandoned, ostensibly due to lack of water.
Further we continue our drive to Agra, beautifully situated on the banks of river Yamuna.Overnight Hotel – Agra (B)

Day 10 : Agra
Half Day Tour
Today we visit Taj Mahal (Closed on fridays), symbol of eternal love, which stands on the banks of River Yamuna. We will also visit Sikandara, Akbar’s tomb. His son Jahangir completed the construction of the tomb in the year 1613.
Overnight Hotel – Agra (B)

Day 13 : Khajuraho – Varanasi (BY Flight9W 474 1330 / 1425 Hrs )
Today we take a flight to Varanasi, picturesquely situated on the banks of holy river Ganga. The city is the Oldest Living City of the World & traces of its existence are found around 10000 BC. Other than being a very holy city for Hindus, it also holds a very significant association with Buddha’s life & Buddhism.
Overnight Hotel – Varanasi (B)

Day 14 : Varanasi – Delhi ( BY flight)
Half Day Tour
Today we start our day with a boat ride on the river Ganges. Rise before dawn & step gingerly in the boat as the boatman starts rowing the boat. Witness the daily miracle to unfold, as the Sun appears triumphantly over the horizon. The sound of conches & temple bells add to the delicate pink fabric of dawn. The formerly hushed murmuring of ancient Sanskrit Shlokas (hymns) now rise, in one voice, to a crescendo of unparalleled piety & joy. Later we explore the city by foot to get the feel of this Oldest living city of the world.
Half Day Excursion
Later today we take an excursion to Sarnath, the site of the deer park where Gautama Buddha is said to have given his first sermon about the basic principles of Buddhism. It has been a premier centre for Buddhism & has a rich collection of ancient Buddhist relics & antiques comprising numerous Buddha & Bodhisattva images on display at the Archaeological Museum. Next we take the flight to Delhi, upon arrival Transfer to Airport for onward Destination.
Overnight hotel – Delhi (B)

Day 15 : Delhi
Today we take a guided tour of Old Delhi, the 17th century walled city of Shah Jehanabad, Visiting the great Jama Masjid, the principal mosque of Old Delhi. Later we walk down or take a rickshaw ride through Chandi Chowk, the old marketplace of Shah Jahanabad now a picturesque bazaar to reach Red Fort, built in the year 1648 by Shah Jehan.
In time transfer to the airport to board the flight for onward journey.

To Get the latest 2023 quote for this "Palaces of Rajasthan with Classical India Tour" travel deal package, contact our travel agent by this Travel Booking Form

If you have not decided yet or wants to customize tour itinerary or hotels listed above in "Palaces of Rajasthan with Classical India Tour", then we can change the travel itinerary and make a personalized, tailor-made holiday package, especially for you. We can modify this travel package as per your itinerary, budget, duration and the tourist places you would like to visit, including transportation and airfare should be included or not. Please fill the form below to contact us. 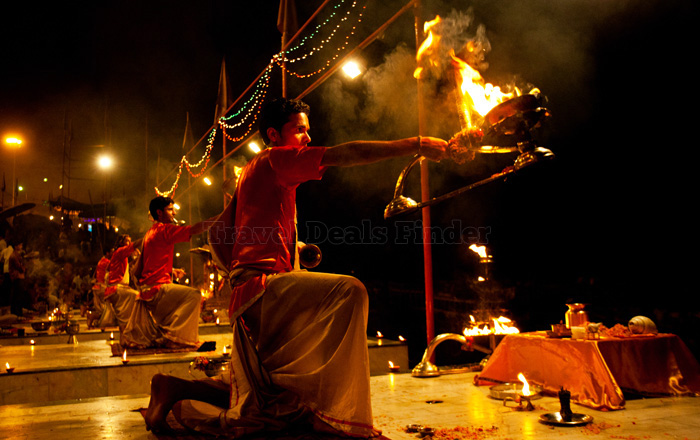 Give your Feedback, Reviews or Comments on: “Palaces of Rajasthan with Classical India Tour”