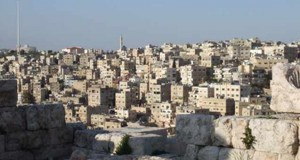 Deviation charges for passenger not travelling as per group: Adult / Child : Rs.3500

All passengers who are not travelling as per group ie. wish to return after the tour ends or go in advance, will have to COMPULSORY pay the above mentioned deviation charges. These charges are applicable per deviation per sector per way. 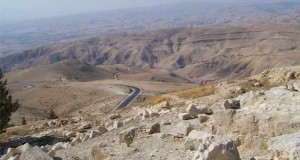 (All the above rates are approximate and per person per night inclusive of accommodation and breakfast.)

Welcome aboard Thomas Cook’s exciting tour to Jordan. Start your tour in Amman – the city of seven hills. Marvel at the spectacular architecture of ancient times. Today enjoy an excursion to the holy city of Madaba.

Today, embark on your exciting tour to Jordan. On arrival at Queen Alia Airport, you will be greeted by your friendly Thomas Cook tour manager / local representative outside the baggage hall. Later enjoy an excursion to the ancient holy city of madaba. Visit St.George’s Church, where you will see the most famous, clearly-labeled mosaic map of Jerusalem and the surrounding areas dated 560 A.D. Later stand on Mt. Nebo’s crest and look on the Holy Land, just as Moses did. Also visit the magnificent crusader castle at Kerak. After your tour of Madaba return to your and check into your hotel. Later tonight enjoy a sumptuous Indian dinner at one of our local restaurants. Overnight at Golden Tulip or similar in Amman.

Join us on an unforgettable tour of the city of Amman-one of the oldest cities in the world. Enjoy the cultural experience of the city of seven hills. Visit the world renowned UNESCO heritage sites. Later visit the lovely Hammamat Ma’in.

Enjoy the city tour of the magnificent Amman. Visit the famous Roman theatre, in addition to several museums, where one may find remains of the Dead Sea Scrolls. Amman is one of the world’s oldest cities however the city is surprising modern and very prosperous. The Citadel hill of Amman, known as Jabal al-Qal’a, has been inhabited for centuries, important as a military and religious site. The Citadel also is home to the Temple of Hercules which is said to have been constructed under the Roman Emperor Marcus Aurelius. Later visit the lovely town of Hammamat Ma’in, with hot waterfall & thermal mineral springs. Since the days of Rome, people have come to the thermal mineral springs of Hammamat Ma’in for thermal treatments – or simply to enjoy a hot soak. After all, what better way to end a day immersed in history than in a wonderful, naturally warm bath? Later tonight enjoy a delicious Indian dinner at one of the local restaurants. Overnight at Golden Tulip or similar in Amman.

Proceed to Petra-home to one of the Wonders of the World. Enjoy this majestic city, famous for its Roman architecture, in your city tour. Visit the Treasury-this architectural wonder is a UNESCO world heritage site.

After a delicious American breakfast depart for Petra in our comfortable deluxe coach. You have a full day to enjoy the beautiful city of Petra. Located at the crossroads of the flourishing overland caravan trade routes, Petra prospered as the capital of the Nabateans empire from 400 B.C. to A.D. 106. The Nabateans engineered an impressive system of pipes, tunnels, and channels that carried drinking water into the city and reduced the chance of flash floods. The Romans annexed Petra in A.D. 106, and its position as a commercial hub slowly deteriorated. The Byzantines made the city the seat of a bishopric in A.D. 379 before earthquakes and an economic lull took their toll. In the centuries that followed, Petra disappeared from most maps and was known only through ancient lore. Efforts to protect Petra and its artifacts continue even as tourism grows at a steady pace and excavations uncover more of the long-lost city. Later tonight enjoy a delicious Indian dinner in the hotel itself or one of the local restaurants. Enjoy a delicious dinner in the hotel itself or one of the local restaurants. Overnight at Taybet Zaman or similar in Petra.

Proceed toWadi Rum- Also known as the valley of the moon, enjoy a thrilling jeep tour of Wadi rum. Later transfer to Aqaba. Enjoy a guided tour of this fascinating city with its fabulous beaches and various water sports.

After an American breakfast at the hotel, check out, Depart Petra Via our relaxing deluxe coach en route visit the famous Wadi Rum (where Lawrence of Arabia operated inWW I). Enjoy mint tea at the visitor’s centre and later you’ll enjoy a thrilling jeep tour of this magnificent desert with its great mountains. Then proceed to Aqaba, located right on the Gulf of Aqaba it has numerous shopping centres. Aqaba is well known for its beach resorts and luxury hotels, which service those who come for fun in the sand as well as water sports like windsurfing and Scuba diving. Another very popular venue is the Turkish bath (Hamam) built in 306AD, in which locals and visitors alike come to relax after a hot day. Later tonight enjoy a delicious Indian dinner in one of the local restaurants. Overnight at Taybet Zaman or similar in Aqaba.

Today the day is at leisure to explore this beautiful city. There’s an exploding kaleidoscope of sights and sounds to enjoy.

Today relax in Aqaba, with its sandy beaches and coral reefs, is Jordan’s window to the Red Sea. Aqaba’s reef is thriving, adorned with untold variety in its coral and fish. The city boasts some of the world’s best scuba diving by day or night. Snorkeling, fishing, sailing, and much more can be experienced in Aqaba. Tonight enjoy a delicious Indian dinner at one of the local restaurants. Overnight at Taybet Zaman or similar in Aqaba.

Proceed to Jordan Valley-home of the Dead Sea. Live the magical experience of floating on the dead sea. Later depart for Amman.

After an American breakfast at the hotel, sit Back and relax in our deluxe coach for your transfer to Jordan Valley. Deep in the Jordan Valley lies the Dead Sea, one of the most spectacular natural and spiritual landscapes in the whole world. It is the lowest point on earth. The salt content here is four times that of most world’s oceans, you can float in the Dead Sea without even trying, which makes swimming here a truly unique experience. After a truly magical experience depart for Amman. Enjoy a delicious dinner at one of the local restaurants. Overnight at golden Tulip or similar in Amman.

Enjoy an American breakfast at your hotel and proceed to the airport as this fantastic tour comes to an end. Return home with wonderful memories of your tour with Thomas Cook.

The citadel Hill.
Famous Roman Theater.
Visit Mt Nebo.
Enjoy one of the new SevenWonders of theWorld.
AIRFARE
VISA
TICKET TAXES
IMPORTANT
MEDICAL INSURANCE
Medical insurance for the duration of the tour is included in the tour price. However, any passengers above the age of 60 years and those who wish to extend their stay will be required to pay additional charges.
NOTE
For the exact itinerary applicable to your departure date, please contact your local sales executive

Package Posted on : Nov 26, 2010
Package Valid for Limited Period Only

To Get the latest 2022 quote for this "7 Days Exquisite Jordan Winter Tour Package Rs.52500/-" travel deal package, contact our travel agent by this Travel Booking Form

If you have not decided yet or wants to customize tour itinerary or hotels listed above in "7 Days Exquisite Jordan Winter Tour Package Rs.52500/-", then we can change the travel itinerary and make a personalized, tailor-made holiday package, especially for you. We can modify this travel package as per your itinerary, budget, duration and the tourist places you would like to visit, including transportation and airfare should be included or not. Please fill the form below to contact us.