Founded in Queensland in 1920, Qantas Airlines is Australia’s flag carrier and the largest airline in terms of fleet size, international flights, and destination. The word Qantas is an acronym of "Queensland and Northern Territory Aerial Services," and nicknamed as The Flying Kangaroo. Not only this, Qantas Airlines is a founding member of the Oneworld airline alliance.

Till March 2014, Qantas had a 65% share of the Australian domestic market and carried 14.9% of all passengers traveling to and fro from Australia. Based in Sydney, Qantas also owns Jetstar Airways, a low-cost airline that operates both domestic and international services; and holds stakes in many other Jetstar-branded airlines.

After KLM and Aviance, Qantas Airlines is the world’s third oldest airline.

Qantas is widely regarded as the world's leading long distance airline and one of the most reliable brands in Australia.

The Qantas Group's primary business is the transportation of customers using two complementary airline brands - Qantas and Jetstar. They operate subsidiary companies including other airlines and businesses in specialist markets such as Q Catering.

Their airline brands operate regional, domestic and international services. Qantas Airline employs over 30,000 people with approximately 93 percent of them based in Australia. 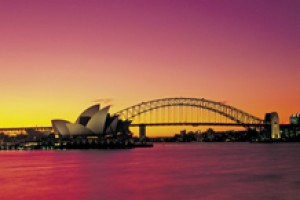 Adventure AirPass at $1899 from Qantas Vacations

Adventure AirPass at $1899 from Qantas Vacations Fly to Three Australian Cities for the Price of One! On SALE for a Limited Time Only Melbourne, Tasmania and Sydney - the...

Fly to Australia on Qantas Airways Get Upto 10% Discount by Yatra.com

Qantas brings an unmatched offer where you get a chance to take a trip to Singapore. Starting Fare - Rs. 11,200/- only (Inclusive of Taxes and Fees) Note: - Book...

Flat Rs.2000 Instant Off On Return Flights To Singapore-Bangkok-Hong Kong

India to Singapore Flights Offer from Cleartrip with Qantas Airways

Qantas Airways is Australia’s largest and the world’s second oldest continuously-running independent airlines. The Qantas airline is based in Sydney, New South Wales, with its main hub at Sydney Airport. It has its headquarters in the Qantas Centre in the Mascot suburb of the City of Botany Bay, Sydney, New South Wales. Qantas stands for - Queensland and Northern Territory Aerial Services.

Qantas covers all the major destinations in Australia and around the world including USA, Argentina, UK, Germany, China, Japan, India, Indonesia, Philippines, Singapore, Thailand and South Africa along with its domestic destinations.