Arrive in Istanbul and transfer to your hotel. In the afternoon, depart for a half-day Bosphorus Cruise. Take in the sights and sounds of this legendary waterway lined with historic villages, grand wooden mansions, imposing fortresses, and the Baroque summer palaces of the late Ottoman sultans. After the cruise, visit the Spice Bazaar (closed on Sundays), a thrilling riot of colours, sounds, and the rich smells of exotic spices. Overnight in Istanbul.

After breakfast, depart for a half-day sightseeing tour of the Sultanahmet district at the heart of old Istanbul. Visit St. Sophia (On Mondays replaced by the Chora Church Museum). Next, visit the Blue Mosque, which owes its name to the exquisite tiles adorning its interior. Dating from the 17th century, it is the only imperial mosque with six minarets. Walkthrough the Hippodrome, the stadium of the ancient Byzantium, which held 100,000 spectators and featured objects from all corners of the empire. Finish the tour at the Grand Bazaar, which was the commercial heart of the old city. Overnight in Istanbul.

After breakfast, free time until checkout. In the afternoon transfer to the airport for onward flight.

Package Posted on : Aug 4, 2012
Package Valid for Limited Period Only

To Get the latest 2019 quote for this "Classic Istanbul Tour Package" travel deal package, contact our travel agent by this Travel Booking Form 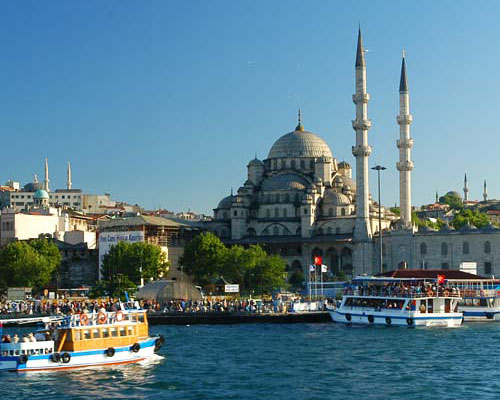 Give your Feedback, Reviews or Comments on: “Classic Istanbul Tour Package”