On arrival at the Istanbul International airport and after customs and immigration formalities, you will be transferred to your pre-arranged hotel in Istanbul on the seat in coach basis. In the evening, depart for a cruise along the Bosphorus, the winding strait that separates Europe and Asia. As you pass along the shores on the cruise, you will witness a delightful mix of the past and the present as well as the beauty of the ancient wooden villas, palaces made of marble, fortresses and small fishing villages. Visit the Spice Market, which is popularly known as the Egyptian Bazaar. Overnight in Istanbul at your pre-arranged hotel. 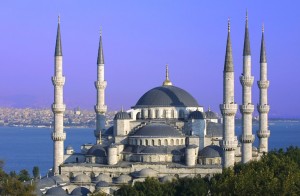 After an early breakfast, check out and transfer to the airport on seat in coach basis to board your early morning flight to Ankara, the capital city of Turkey, and one of the fastest-growing cities in a world with a history that dates back 3000 years! On arrival at the Ankara airport, visit the Anatolian Civilizations Museum, Mausoleum of Ataturk, the founder of modern Turkey. After lunch at a local restaurant in Ankara, you will proceed to Cappadocia. Dinner and overnight in Cappadocia at your pre-arranged hotel.

After breakfast at the hotel, depart for sightseeing which includes a visit to the Pigeon Valley, the natural Citadel of Uchisar, Goreme Open Air Museum known for its pink, rose and white coloured tapering columns. Also visit some of the caves, which were settled in the 4th century as monasteries and have Byzantine frescoes decorating early Christian churches. After lunch at a local restaurant, you will visit Avanos in the Zelve Region. There is some free time for shopping. Dinner and overnight in Cappadocia at your pre-arranged hotel.

After breakfast and check out formalities, you will proceed to Koyna. En route, visit the 13th-century Sultanhani Caravanserai built on the famous Silk Route. Visit the Mausoleum of Mevlana. Proceed to Pamukkale, also known as the cotton fortress, where hotel mineral waters burst from the earth and cascade over cliffs forming pools and stalactites. Dinner and overnight in Pammukale at your pre-arranged hotel. 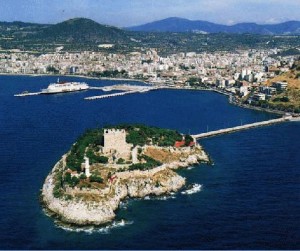 After breakfast and check out formalities, to Kusadasi after a brief visit to the ruins of the ancient Roman city of Hierapolis. Lunch will be at a local restaurant. After lunch, visit Aphrodisias – an ancient city dedicated to the Goddess of Love, Aphrodite and famous for the sculpture school. Dinner and overnight in Kusadasi at your pre-arranged hotel.

After breakfast and check out formalities, proceed to Ephesus, with an en-route visit to the House of the Virgin Mary. Visit the ruins of Odeon, Hercules Gate, the temple of Hadrian, the magnificent library, Agora and the Greco-Roman theatre. Post lunch at a local restaurant, visit the Basilica of John. Thereafter, you will proceed to Izmir domestic airport for your flight to Istanbul. Overnight in Istanbul at your pre-arranged hotel.

After breakfast, depart for a half-day city tour of Istanbul, highlights of which include a visit to the Byzantine Hippodrome, the Blue Mosque which has six minarets and a middle dome of 109 feet. Your tour ends with a visit to the Grand Bazaar (closed on Sundays), which dates back to the 15th century. This sprawling covered bazaar houses over 4,000 shops under one roof. Return back to the hotel. Evening you will be transferred on the seat in coach basis to the International airport for your flight to India. End of Services.

Package Posted on : Aug 20, 2011
Package Valid for Limited Period Only

To Get the latest 2022 quote for this "6 Nights Delightful Turkey Tour Package" travel deal package, contact our travel agent by this Travel Booking Form

Give your Feedback, Reviews or Comments on: “6 Nights Delightful Turkey Tour Package”