On arrival on Chicago Airport you will be transferred to the hotel. Chicago is the 'City of Skyscrapers'. Located on Lake Michigan, it's also known as the friendly city. Locals are more than happy to tell you about their favourite restaurant or cafe, or perhaps which music club plays the most authentic blues music. With more than 45 km of lakefront paths, Chicago is also one of the world's most walkable cities. As we spend no time in Chicago on this trip, we recommend you arrive early to see more of the city. After leaving Chicago, we drive south to the first iconic Route 66 stop, Springfield, the capital of the state of Illinois

From Springfield it's only a couple of hours driving (155 km or 96 miles) to St Louis, Missouri. St. Louis is known as the 'Gateway City', as many of the old pioneers would stock up on supplies in St. Louis before travelling into the wild west. The 'Gateway Arch' is St. Louis' most significant landmarks Louis is also associated with the music scene, particularly blues music. Perhaps you can spend the evening checking out the city's vibrant nightlife

Nestled in the Ozark Mountains, Branson is famous for the live country music, comedy and magic shows held in its 50 theatres. The action centres around '76 Strip' where most of the theatres are located alongside shopping malls, fun parks, motels and restaurants.

After breakfast.We drive on to and arrive in Oklahoma City for a two-night stop located in the heart of 'cowboy country', Oklahoma City was originally founded in 1889 as a tent city for 10,000 settlers. Check out the Crystal Bridge at the Myriad Botanical Gardens, a large downtown urban park and tropical conservatory, or visit the National Cowboy and Western Heritage Museum

Amarillo in the state of Texas is our destination for today. On the 'Way to Amarillo' and before we leave Oklahoma, we stop to visit the 'official' Route 66 Museum, where we learn about the legends surrounding the road we are travelling on. Then it's on to Amarillo where we make our way to the Big Texan Steak Ranch for a steak meal If you can eat a 72 oz steak in less than one hour, you get it for free

Our Route 66 road trip continues onto Cadillac Ranch - a Texan version of Stonehenge with 10 classic cars buried nose-down in the dirt. The owners encourage graffiti so grab a paint spray can and leave your mark! Then it's on to New Mexico and the city of Santa Fe. The capital of New Mexico, Santa Fe, is the oldest capital city in the US. You can visit the town plaza surrounded by pueblo architecture, view the south-western art and decor at local museums or enjoy a drink and take in Santa Fe's quaint atmosphere.

From modern culture to ancient civilizations, stop by the 'Sky City' ruins on the Acoma Indian Reservation. This is a fortified community of indigenous people living in a sandstone mesa that dates back to the 12th century AD. We spend the night in Gallup, New Mexico

The Grand Canyon is an iconic symbol of the Desert Southwest and a spectacle not to be missed. This national landmark is 18 miles wide, 277 miles long and over a mile deep, making it one of the largest canyon systems in the world. Stroll the meandering South Rim Trail, hike your way down to Plateau Point, opt for a scenic flight or simply relax at the canyon's edge and enjoy a spectacular sunset over one the world's natural wonders

Leaving nature behind we head to the neon world that is Las Vegas. The Snow Cap Diner makes for a quirky lunch stop en route to the Hoover Dam. Then try your luck on the one-armed bandits or take in a show - Las Vegas is Americana at its most outrageous. Las Vegas is the gambling capital of the world, but there's plenty to do along the Strip for gamblers and non-gamblers alike - there's the casinos and shows, of course, plus shops, amusement rides, dance clubs and great value 'all you can eat' buffets. In Las Vegas, we enjoy a city tour that takes us to some of the quirky things that epitomise this city, as well as learn about some of its colourful history

Los Angeles - the 'City of Angels' - is world-renowned for the streets of Hollywood and Beverly Hills, and the shopping on Rodeo Drive. From Venice Beach to Disneyland, it's a veritable smorgasbord for the senses. As there's a great deal to do in Los Angeles, we recommend staying a few extra days to make the most of this exciting city the tour is end here

Package Posted on : Jun 27, 2014
Package Valid for Limited Period Only

To Get the latest 2022 quote for this "14 Days Amazing USA Tour Package" travel deal package, contact our travel agent by this Travel Booking Form 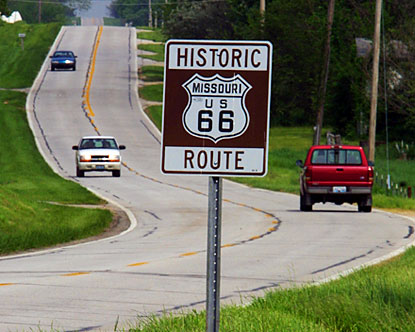 Give your Feedback, Reviews or Comments on: “14 Days Amazing USA Tour Package”