Welcome to Porbandar, a city, which is popular worldwide as the birthplace of a revered legend of our times Mohandas Karamchand Gandhi. On arrival at Porbandar airport / Porbandar railway station, begin your tour of 'Gandhi's footsteps'. Check into the hotel. Later visit Kirti Mandir, the site of Gandhi's birth, now called Kirti Mandir, has been converted into a small museum about him, with an exhibit of old photographs, some of his very few possessions and a nice library of books either by him or relating to Gandhian philosophy and practice. The rest of the evening is at leisure for independent activities. Overnight in Porbandar

This morning drive to Rajkot. On arrival check into your hotel. Later, proceed to Kaba Gandhi No Delo, the words Kaba Gandhi No Delo literally means 'Kaba Gandhi's residence'. Bapu stayed here in Rajkot during his early years of life. It has now been converted into a museum called Gandhi Smriti. Later to which we will proceed to Gandhiji's School, Rashtriya Shala. The rest of the day is at leisure. You can go for shopping at Bangdi Bazaar, the market in the old part of the city is a maze of narrow alleyways, lanes and cul-de-sacs. Shop fronts and fort paths displaying a vast array of embroidered fabrics, beadwork, bandhanis and ready made flow in profusion to the colorful riot of Bangles in every shape, form and color. Overnight in Rajkot.

Today, in the morning proceed to Bhavnagar. On arrival check into your hotel. Later proceed for sightseeing tour of Bhavnagar. Visit to Takhteshwar Temple, one of the prime places to see in Bhavnagar. The temple is located on top of a small hill, which is near the main railway station of the city. Takhteshwar Temple in Bhavnagar is also close to Mahuva, which is a small town near Bhavnagar in Gujarat where Lord Shiva is worshiped as the main deity of this shrine. Followed by Barton Library and Museum houses a hoard of rare books and manuscripts. It also preserves the armors, arms and the blazonry of the former rulers of the city of Bhavnagar. Other traditional and rare art objects like coins, beadwork, musical instruments, farming tools and wood carvings are also preserved in the museum. The rest of the evening is at leisure for independent activities. Overnight in Bhavnagar.

This morning drive to Ahmedabad via Lothal visiting Harappan archaeological site. On arrival to Ahmedabad check into the hotel. Later, proceed to visit the Sabarmati Ashram & Kochrab Ashram. The rest of the day is at leisure. Overnight in Ahmedabad.

Today a bid farewell to your 'Gandhi's footsteps' as you are transferred to the Ahmedabad airport / Ahmedabad railway station for your onward journey.

Package Posted on : Jun 20, 2013
Package Valid for Limited Period Only

To Get the latest 2019 quote for this "Gandhi Foot Steps Gujarat Tour By Cox And Kings" travel deal package, contact our travel agent by this Travel Booking Form 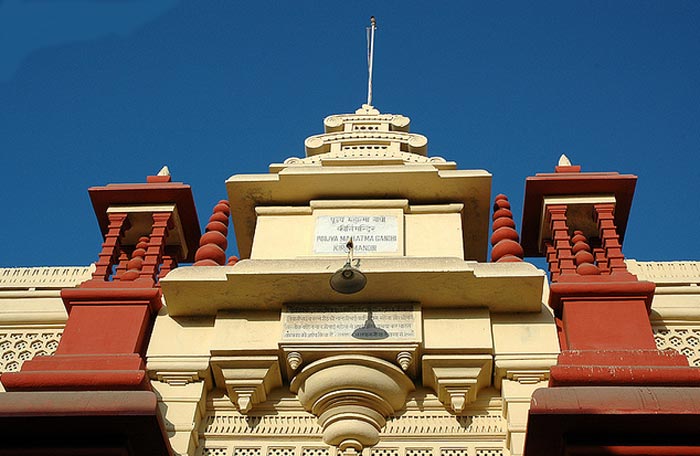 Give your Feedback, Reviews or Comments on: “Gandhi Foot Steps Gujarat Tour By Cox And Kings”