Upon arrival, we shall proceed to Paris for the Guided city tour which includes: Arc de Triomphe, The Notre Dame Cathedral, the Louvre Museum, Concorde Square, The Invalids, The Opera Garnier, Champs Elise’s, Galleries Lafayette. We then proceed to Eiffel tower II level followed by dinner at an Indian restaurant. Overnight at your hotel in Paris. (Dinner)

Full-Day visit to Disneyland Paris
Suggested: Grand Evening in Paris with Lido Show, Seine river cruise with Illumination
After a continental breakfast, we have the day to explore the most renowned Resort – Disneyland Paris. The theme park opened in 1992 in Marne-la-Vallee and is the most visited attraction of its kind in Europe. Built by Walt Disney Company, it is Disneyworld and Disneyland USA little European brother. The entertainment behemoth boasts no fewer than 52 attractions on a 55-hectare site, a 7-hotel complex, a campsite, a ranch, a golf course and gardens.

Meet your favourite Disney characters on Main Street. Smile, and let the Disney magic take over! Evening return back to the city enjoys dinner at an Indian restaurant. Thereafter coach will proceed to the hotel. We now suggest a Grand Evening in Paris that includes the cruise on River Seine world Famous Lido Show followed by an Illumination tour of Paris. See the famous landmarks of Paris - the city of lights, magically lit up. A perfect end to this beautiful evening!!!.

After a continental breakfast, we will depart on our onward journey to Brussels. Upon arrival into Brussels take a photo stop at Mannekin Pis Statue, followed by an Orientation tour of Grand Place, Town Hall, Guild Houses, Serclaes Monument and thereafter Photo stop at the Atomium, a 335 feet tall structure representing the concept of an iron molecule enlarged 165 billion times. Later we then proceed to Amsterdam for the famous canal cruise. Enjoy a hot dinner at the Indian restaurant and overnight at your hotel in Amsterdam/ Hague Area. (Breakfast, Dinner)

After a continental breakfast, we will proceed to the Wooden Cheese Factory, followed by stop at the Windmills, thereafter we will Visit Madurodam (The world-famous miniature city Madurodam, which is located within a stone’s throw of Amsterdam and the bulb fields, is an excellent place to familiarise with all the surprising features the Netherlands has to offer. The Alkmaar cheese market, the Peace Palace of The Hague, the Royal Palace on the Amsterdam Dam Square, the Cathedral Tower of Utrecht, the canal houses of Amsterdam, and parts of the Delta Works, everything Holland is famous for can be found replicated to the smallest detail on a scale of 1:25). Evening enjoys dinner at an Indian Restaurant and later proceed to your hotel in The Hague/ Amsterdam area. (Breakfast, Dinner )

Morning breakfast, we will check-out drive a scenic ride to Mannheim via Cologne, where we will visit the Cologne Cathedral later enjoy a Photo stop outside Heidelberg Castle and then arrive into Mannheim in the evening, enjoy dinner at an Indian Restaurant. Overnight stay in Mannheim/ Heppenheim. (Breakfast, Dinner)

After a continental breakfast, we proceed to the Black Forest region visit Drubba, where you can see a demonstration of how Cuckoo clocks are made. Buy one of the original cuckoo clocks as a souvenir. You also have an opportunity to eat the famous Black Forest Cake. Thereafter we all will leave for Schaffhausen. Here we will have time to Photo stop Europe’s biggest and most powerful falls. Later we will move on our onward journey to your hotel after an Indian dinner and overnight in Lucerne area. 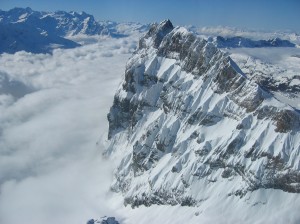 After a continental breakfast, enjoy a full-day excursion to the highest Glacier destination and the biggest ski and snowboard paradise in Central Switzerland. We begin the tour with a visit to Mt. Titlis, which is at 10,000 ft and is the highest peak in central Switzerland. Explore the journey to Mt. Titlis through a series of three different cable car rides; you will be amazed as the scenery changes from green meadows, scenic lakes to snow-clad mountains. See almost 200 cable cars sporting different flags. Lookout for cable car number 73 that carries the Indian flag! The last leg of the ascent will be in the world’s first rotating cable car called the Titlis Rot air. At Mt. Titlis you have free time to play and enjoy in the snow, visit the Ice Grotto or just relax at the restaurant.

At the Terrace on top of Mt. Titlis summit station, weather permitting, you could take an unforgettable ride on the "Ice-Flyer" an enclosed ski lift that travels a few meters down over the Titlis Glacier. We later proceed for an orientation tour of Lucerne, one of the six most frequently visited cities in the World. See the Lion Monument, Lowendenkmal hewn from a limestone cliff to commemorate the bravery and loyalty of Swiss Guards. You may take a stroll across the Kappelbruke - the world’s oldest covered wooden bridge, originally built in 1333 over the Reuss River. After an Indian dinner and overnight at your hotel in Lucerne area.

After a continental breakfast, the day is free in the comforts of your hotel. Or we suggest an exciting full-day excursion to Jungfraujoch at 11,332 ft it is the highest railway station in Europe and called the Top of Europe. Switzerland’s most breathtaking scenery awaits you which can only be reached through a 7.3 km long cog railway tunnel.

Capture some memorable experiences in Ice Palace the Ice Plateau. In the afternoon we proceed to Interlaken, the holiday resort rich in tradition, in the heart of the Swiss Alps, situated between the Lakes of Thun and Brienz. This is one of the locations where most Indian movies and serials have been shot. We later proceed for dinner at an Indian Restaurant and overnight stay at your hotel in Lucerne area.

Day 9: Return back with beautiful memories

After an early continental breakfast, we check out of the hotel and proceed to Zurich airport for your flight back home.

Package Posted on : Aug 29, 2011
Package Valid for Limited Period Only

To Get the latest 2019 quote for this "9 Days Incredible Europe Tour Package" travel deal package, contact our travel agent by this Travel Booking Form

Give your Feedback, Reviews or Comments on: “9 Days Incredible Europe Tour Package”