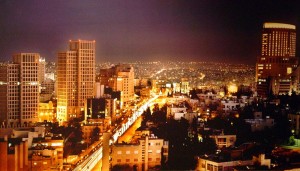 Day 2: Amman – Madaba – Mt. Nebo – Dead Sea – Karak – Petra
After breakfast and check out formalities, proceed to Madaba – the city of Mosaic, renowned for its spectacular Byzantine and Umayyad mosaics, Madaba is home to the famous 6th century Mosaic Map of Jerusalem and the Holy Land. With two million pieces of vividly coloured local stone, it depicts hills and valleys, villages and towns as far as the Nile Delta. Mt. Nebo
Proceed onto Mt. Nebo, one of the most revered holy sites of Jordan, for this is from where Moses, the servant of the Lord and the friend of God viewed the Promised Land and the Dead Sea, after leading his people through the desert for forty years. Centuries ago, the pilgrims flocked to Mount Nebo on their final destination to visit the sanctuary dedicated to Moses and the Prophets dead and burial place. In the Moses Memorial Church the walls and floors are decorated with beautiful mosaics. The church dates back to the sixth century.
Dead Sea
Dead Sea is the lowest spot on Earth at 408m below sea level. Dead Sea – natures living miracle, a place to rejuvenate and restore both body and soul. The high salt content in the waters of Dead Sea makes it impossible to sink in the sea. Travelers enjoy floating around in the Dead Sea and apply mud from the mud pots situated on the beach. The Dead Sea mud has healing properties and is beneficial for curing skin ailments, joint pains etc. The Dead Sea is flanked by mountains to the east and the rolling hills of Jerusalem to the west, giving it an almost other-worldly beauty. It is one of the most spectacular natural and spiritual landscapes on earth.
Karak
An ancient Crusader stronghold, Karak sits 900m above sea level and lies inside the walls of the old city. The city today is home to around 170,000 people and continues to boast a number of restored 19th century Ottoman buildings, restaurants, places to stay, and the like. But it is undoubtedly Karak Castle that dominates. It is a maze of stone-vaulted halls and endless passageways. While the castle we see today essentially dates back to the 12th century, Karak has been a fortress since biblical times. Proceed onto Petra. Overnight in Petra at your pre-arranged hotel.

Day 3: Petra – Amman
After breakfast, transfer for a full day visit of this Rose Red City. No visit of Jordan will be complete without having seen the capital of the ancient Nabatean kingdom. The long-lost city of Petra, carved entirely by man into the rose-red sandstone rocks, puts your imagination to the test. Although much has been written about Petra, nothing really prepares you for this amazing place. It has to be seen to be believed. Its a mystic and glorious place, an eternal tribute to a lost civilization. The natural richness of the mountainous area combines in a superb way with the refined culture and massive architecture of the Nabateans, who carved their theatre, temples, façades, tombs, monasteries, houses and roads entirely into the rose-red sandstone rocks. No wonder Unesco placed Petra on its World Heritage List. One enters Petra by passing the Siq, a small and deep narrow gorge, at the end of which all of a sudden dramatically appears the most famous monument of Petra al-Khazneh or the Treasury. But the Treasury is just the start. Walking and climbing in Petra hundreds of buildings carved in stone and eroded through the centuries into fabulous multi-coloured walls will be revealed to you. From the Monastery, Ad-Deir, you will have a splendid view over Wadi Araba. And after a long and steep climb you may visit the High Place of Sacrifice and see the obelisks which are believed to represent the most important Nabatean gods, Dushara and Al Uzza. In the evening, you will be transferred back to Amman. Overnight in Amman at your pre-arranged hotel. 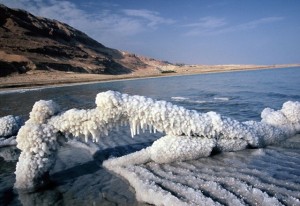 Day 4: Amman – Jerash – Departure
After breakfast, proceed for a city tour of Amman and Jerash en route to the airport. Amman Visit Amman downtown market and the city centre, its traditional souks, restaurants selling local food and sweets, churches and mosques. Amman has a Roman Theatre which can seat up to 6000 people and other monuments such as the Citadel that features a lovely view over the hills and valleys of the capital. You will then be driven to the other side of the city where you can see the pubs, international restaurants and discotheques – you will become familiar with the contrast between the old and the traditional and the new and modern Amman. You will then proceed back to the hotel for check out formalities. You will then proceed to Jerash.
Jerash
Visit the ancient city of Jerash – the most complete and well preserved city of the Roman Empire. Jerash is one of the Decapolis cities of the north of Jordan. Nestled in a green and well-watered valley in the biblical land of Gilead, the remains of the ancient city have long attracted tourists from all over the world. Known as Gersa in Greco-Roman times, Jerash is a Roman provincial city that has triumphal arches like the Hadrian’s Arch, temples, churches, amphi-theater, bath-houses, ancient market places, colonnaded streets and a hippodrome. You will then proceed to the Queen Alia International airport in Amman to board your flight to India. End of Tour Services

Airline info:
Ex Mumbai and Delhi airfare is based on Royal Jordanian in “V” class Departure on Thursday and return on Sunday

Rates and Dates (rates are on per person basis):

Package Posted on : Aug 23, 2011
Package Valid for Limited Period Only

To Get the latest 2023 quote for this "3 Nights Incredible Jordan Tour Package from Journey Mart Rs.59699/-" travel deal package, contact our travel agent by this Travel Booking Form

If you have not decided yet or wants to customize tour itinerary or hotels listed above in "3 Nights Incredible Jordan Tour Package from Journey Mart Rs.59699/-", then we can change the travel itinerary and make a personalized, tailor-made holiday package, especially for you. We can modify this travel package as per your itinerary, budget, duration and the tourist places you would like to visit, including transportation and airfare should be included or not. Please fill the form below to contact us.

Give your Feedback, Reviews or Comments on: “3 Nights Incredible Jordan Tour Package from Journey Mart Rs.59699/-”