The Kailash Manasarovar Yatra is  being organised by the Ministry of External Affairs from end of May/early June to September 2011.  The Yatra is open to all Indian citizens who have attained the age of 18 years but have not completed 70 years of age as on 01.01.2011 and who wish to proceed to KailashManasarovar for religious purposes. 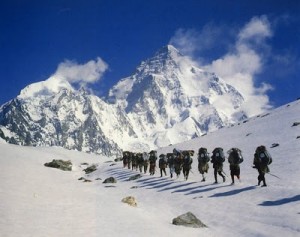 2. The duration of the Yatra will be 27 days.  In addition, Yatris will need to
spend 3 days in New Delhi to obtain  visas, undergo a comprehensive medical
examination and complete financial formalities.

4. Applicants should ensure that they possess an  ORDINARY INDIAN
PASSPORT valid for more than six months as on September 1, 2011.

5. The total cost of the Yatra will include the following:

(a) Rs. 27,000/- (inclusive of Service  Tax) to be paid to Kumaon Mandal Vikas Nigam (KMVN), out of which Rs. 5,000/- is to be paid as a  non-refundable deposit when confirming participation in the Yatra, and the balance amount on arrival in Delhi to begin the Yatra.

(b) Rs. 3100/- to be paid to Delhi Heart and Lung Institute to cover costs of medical examination / tests at Delhi. In case the applicant is required by the medical authorities to undergo a Stress Echo Test, an additional Rs. 2,500/- would be charged  for that particular test from the yatri concerned.  These charges are  non-refundable even if the
applicant is not able to undertake the Yatra eventually due to disqualification on medical grounds.

(c) US$ 700/- (subject to revision) to be paid to the Chinese side. (d) Expenditure on adequate equipment, clothing, food stores, porters,
baggage, ponies and other items required for the Yatra.

6.   Yatra is extremely arduous (more than the Vaishnodevi / Amarnath routes), involves trekking at high altitudes upto 19,500 feet, under inhospitable conditions including extreme cold and rugged terrain and may prove hazardous for those who are not physically or medically fit. The Indian Mountaineering Foundation has recognised the Kailash  Manasarovar Yatra as a trekking expedition. There is a considerable element of risk to life and property.

7. Please note that Government shall not be responsible in any manner for any loss of life or injury to the person, or any loss or damage to the property of the Yatris due to any natural calamity or due to any other reason. Pilgrims undertake the Yatra at their own volition, cost, risk and consequences.  KMVN also provides insurance against accident during the Yatra for each Yatri through United India Insurance Company Ltd.  for an amount of Rs. Five lakhs. Government shall not have any obligation to bring the mortal remains of the pilgrim across the border for cremation in the Indian side, in case of death on the Chinese side. All Yatris are, therefore, required to sign a Consent Form for cremation of mortal remains on the Chinese side in case of death. 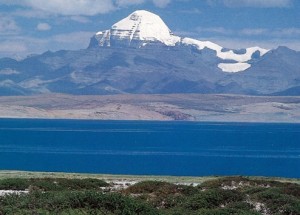 8. Applicants should be physically healthy, medically fit and should not suffer from conditions such as high blood pressure, diabetes, asthma, heart disease, epilepsy, etc. All applicants should have a Body Mass Index (BMI) of  27 or less to be eligible for the Yatra.  All selected applicants are required to undergo a comprehensive medical examination conducted by Delhi Heart and Lung Institute (DHLI) and ITBP Base Hospital in New Delhi. Applicants found medically unfit will not be allowed to proceed on the Yatra, and will forfeit the non-refundable deposit paid to KMVN and the amount paid for medical examination.  Please note that no other medical certificates or test reports will be accepted.  A list of tests included in the medical examination is given at
Annex-A of this circular for reference.

9.  A second medical test to ascertain  reactions to altitude trekking will be done by ITBP at Gunji, after 5 days of the Yatra, at a height of 3500 metres.  Those Yatris who are found medically unfit here will not be permitted to continue the Yatra. The finding and the recommendations of the ITBP medical personnel both in Delhi and Gunji will be final and binding.  In the eventuality of a Yatri being disqualified on medical grounds at Gunji, it will not be possible to refund the charges levied by KMVN.

10. Complete applications in the prescribed format given below should be sent to Attache (China), China Registry (KMY), Room No. 255-A, South Block, Ministry of External Affairs,  New Delhi-110011 latest by Friday March 11, 2011.  For acknowledgement of receipt, please attach a self-addressed post card with the application. Applicants are advised to send their applications by Speedpost or Registered India Post.

11. The selection of Yatris will be done by Ministry of External Affairs through a computer-generated random  gender-balanced selection process.  Selected persons will be informed  about their inclusion in a particular batch 3-4 weeks before their scheduled departure. Spouses will be automatically selected (provided he/she has also submitted his/her application for the Yatra and this fact is clearly indicated in the  relevant column of the application form) subject to clearing the medical test.  Selected applicants will be required to confirm their participation in a particular batch by sending a non-refundable demand draft of Rs. 5,000/- in favour of KMVN to Ministry of External Affairs by a specific deadline.

12. The following conditions may please be noted carefully:-

13 Without prejudice to the foregoing, all claims, disputes, differences shall     be subject to the jurisdiction of Courts in New Delhi only.

14. Details on the Yatra may also be seen at  www.mea.gov.in.  Facility of online application generation is  also available on this website  till March 04, 2011. However, the application will be accepted only after the print-out of the online application and declaration duly filled in and signed by the applicant, along with two photographs and  a copy of personnel particulars page of passport are received at the Ministry of External Affairs on or before March 11, 2011.

Package Posted on : Mar 18, 2011
Package Valid for Limited Period Only

To Get the latest 2022 quote for this "Kailash Manasarovar Yatra Package by KMVN Rs.27000/-" travel deal package, contact our travel agent by this Travel Booking Form

If you have not decided yet or wants to customize tour itinerary or hotels listed above in "Kailash Manasarovar Yatra Package by KMVN Rs.27000/-", then we can change the travel itinerary and make a personalized, tailor-made holiday package, especially for you. We can modify this travel package as per your itinerary, budget, duration and the tourist places you would like to visit, including transportation and airfare should be included or not. Please fill the form below to contact us.

We are 6 friends want to visit kailash by Road or Chopper kaindly send us details for booking and departure dates available. thanks

Any body selected in this batch?

where can we find the forms of the yatra. and still its open to register? i want to know the Yatra Itinerary…… do we have to spend any other extra money for the yatra. what is the total cost of the yatra.? plz send me the schedule of the yatra

We want to visit Kailash Manasarovar, May I know is the Yatra starts from Hyderabad and what is the charge for one adult. It included everything are should we pay any extra charges there. roughly what will be the total cost of the journey. please let me know as early as possible.

I want to visit Kailash Manasarovar, May I know is the Yatra starts from jaipur and what is the charge for one adult. roughly what will be the total cost of the journey. please let me know as early as possible want to visit kailash Manasarovar yatra 2012 ,kindly send me details schedule for booking and departure dates available. thanks

I would like to participate in the kailash Manasasarovar yatra 2012, from Bangalore. I am looking for people who are planning the trip from Bangalore South, to coordinate & plan the itinerary. Please respond to my email ID: chandarnandi @ gmail.com
Thanx

We are couples want to participate kailash manasrovar yatra in the month of August,,2019 from bangalore. Please intimate the price and itinerary on the tour.

we would like to go to kailash manasarovar yatra 2020,form kathmandu, we are 10 adults from Hyderabad,Telangana.can you provide details.

Give your Feedback, Reviews or Comments on: “Kailash Manasarovar Yatra Package by KMVN Rs.27000/-”