Upon arrival at Kathmandu airport, transfer to the hotel.

After checking in, you can relax or just walk around on your own to get the feel of the city. Overnight in Kathmandu.

After breakfast proceeds for half day sightseeing of Kathmandu city and Swoyambhunath Stupa.

Kathmandu City: Kathmandu Durbar with its medley of temples and shrines is the traditional seat of the royalty where Kings are crowned and their coronations are performed. The big bell; Kal Bhairav Temple; Jagannath Temple with its erotic carvings on the temple struts; Kasthamandap - the temple believed to have built from the wood of a single tree and from which the city of Kathmandu derives its name, are some views you will enjoy on this tour. But on top of the list is the Kumari Ghar - the temple of the living goddess. For most of the year, the Kumari is available to greet people from the balcony of the temple. Photography is strictly prohibited here. Spend some time browsing through a typical Nepalese market place.

Swoyambhunath Stupa: These 2000 years old stupas are situated approx. 1.8 miles west of Kathmandu on a hillock overlooking the Kathmandu valley. This is one of the most glorious Buddhist temples. It is decorated with the famous "Buddha's eyes", and is surrounded by temples and Tibetan monasteries. Today you can relax or explore on your own. Rest of the day at leisure. Overnight in Kathmandu.

After an early breakfast proceeds for half day sightseeing of Pashupatinath and Boudhnath. 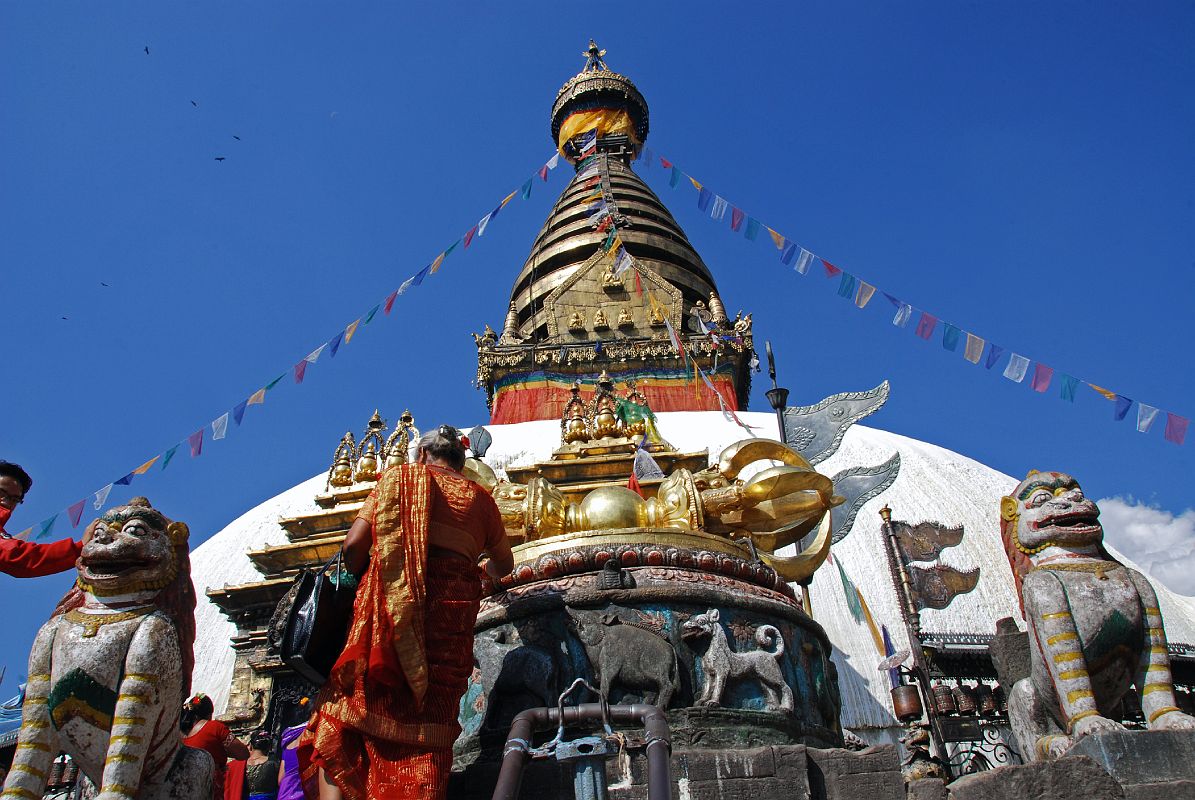 Pashupatinath: Lying on the banks of the sacred Bagmati River, this is the country's most important Hindu temple, dedicated to Lord Shiva. It was built in 1696 with a two-tiered golden roof and silver doors and is famous for its superb architecture. Each year it draws numerous devotees from all over India.

Boudhnath Stupa: It lays approx. 5 miles east of Kathmandu. This is one of the largest Buddhist shrines in the world, dating before the birth of Christ. It is the religious centre for Nepal's considerable population of Tibetans and there are a number of thriving monasteries. This area is also referred to as 'little Tibet'. Rest of the day at leisure. Overnight in Kathmandu.

Breakfast at the hotel and transfer to the airport in time to connect to the flight for onward destination.

Package Posted on : Sep 3, 2019
Package Valid for Limited Period Only

To Get the latest 2021 quote for this "4 Days Nepal Bliss Tour Package from Travel Guru" travel deal package, contact our travel agent by this Travel Booking Form

Give your Feedback, Reviews or Comments on: “4 Days Nepal Bliss Tour Package from Travel Guru”