Arrival to Istanbul and transfer to hotel, spend the rest of the day on your own, overnight in Istanbul

Pick-up from the hotel and depart for Istanbul Old City tour to discover the unique architects and historical monuments of Ottoman Empire, Byzantines and Ancient Roman Empire in Sultanahmet Area, such as Blue Mosque, Hippodrome, Hagia Sophia, Topkapi Palace and Grand Covered Bazaar.

Meet your guide at the hotel and depart for a full day guided Bosphorus Cruise Tour that includes a drive along the city walls of Istanbul, Cable Car on Eyub District and Pierre Loti Hill, Cruising at the Bosphorus River, and pay a visit to Dolmabahce Palace.

Early in the morning transfer to Ataturk Airport, fly to Izmir upon arrival at the Aegean Airport, we will drive to Ephesus to check-in to the hotel and depart for full day guided Ephesus City Excursiong and House of Virgin Mary.

Pick-up from hotel and drive about 2~3 hours to reach Pamukkale, start the sightseeing of this unique area with limestone and the ancient city of Hierapolis. Free time to try out the antique swimming pool. Late night to main bus station, overnight coach to Cappadocia.

Arrival to Cappadocia and transfer to cave hotel of the territory, put your luggage and refresh for a while right before we start the touring of Southern part of Cappadocia.

You will be taken from the hotel and depart on the Northern Cappadocia Day tour this day will be mostly spent on the underground cities of Cappadocia, Ihlara Valley and Selime Monastery and some observation on the rock formations where the part of the Star Ways movie was shot.

Breakfast at hotel and transfer to the local airport, fly to Istanbul. End of the trip.

Package Posted on : May 13, 2014
Package Valid for Limited Period Only

To Get the latest 2019 quote for this "8 Days Turkey Tour Package" travel deal package, contact our travel agent by this Travel Booking Form 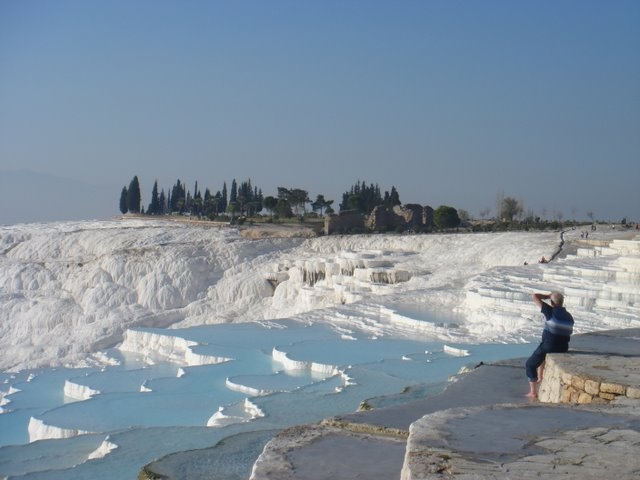 Give your Feedback, Reviews or Comments on: “8 Days Turkey Tour Package”