Upon arrival in Delhi, you will be met and assisted by our company representative at the airport. Later after traditional welcome transfer to your hotel. Delhi as the capital of India is a melting pot of modern, old cultures and traditions. Overnight at Hotel in Delhi.

The morning after breakfast transfer to airport to board the flight to Jodhpur. Upon arrival meet & greet and transfer to the hotel for Check-in. Jodhpur city is located at the edge of the Thar Desert and was founded in 1459 A.D. Upon arrival in Jodhpur transfer to your hotel. Take a half-day city tour visiting the 5-km long Mehrangarh Fort situated on a 125-mt high hill. This is one of the most impressive and formidable structures in Rajasthan. Within the fort are some magnificent palaces with meticulously carved panels, latticed windows or "Jharokhas" with evocative names. Overnight at Hotel in Jodhpur.

After breakfast drive to Udaipur- it is one of the most beautiful and romantic cities of India and is also known as the "City of Lakes". En route stop at the beautiful Ranakpur temples. The Jain Temples of Ranakpur, built in the 15th century, are situated in the lovely Aravalli valley. The town is named after Rana Kumbha, the legendary warrior king of Udaipur. Its surroundings are peaceful and picturesque. Arrive evening at Udaipur. It is in contrast with its desert neighbourhood, with its enchanting image, placid blue lakes, gardens, temples surrounded by hills and mountains. Upon arrival check-in and Overnight at hotel in Udaipur. 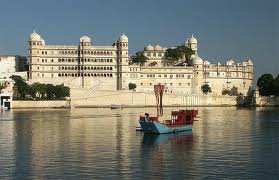 After breakfast half day Udaipur city tour. Begin with the City Palace built in the year 1725 - it is A majestic architectural marvel towering over the lake. The palace houses the Dilkhush Mahal, Sheesh Mahal - studded with glittering Belgium Mirrors, Moti Mahal and the Palace of Lord Krishna all of which are ornately decorated. Also, visit Sahelion ki Bari (Garden of Maids of Honor) - which is a small ornamental garden and used to be a popular relaxing spot where royal ladies came for a stroll. The visit also includes Jagdish Temple-Built in 1651A.D. by the local king. Afternoon enjoys Boat ride at the Lake Pichola. Overnight at the hotel.

The morning after breakfast drive to Bundi. En route stop at Chittorgarh to visit Chittorgarh Fort. Chittorgarh epitomizes Rajput spirit, valour, pride and romance. It reverberates with heroism and sacrifice, the tales of which are still sung by the Bards of Rajasthan. The imposing and awe-inspiring fort stands on a 240-hectares site, on 180 m high hill that rises rapidly from the plains. Continue drive to Bundi. Upon arrival check into your hotel. It is a magnificent town. The palaces and forts have a fairy tale quality about them. Isolated and independent, this picturesque location has much to offer. In Bundi, the Rajput architecture shines in the intricately carved brackets and pillars. Overnight at the hotel.

Today after breakfast check out and morning visit some of the attraction of Bundi. Visit Taragarh Fort and from the ramparts of the city take a view of the city which appears mostly blue in colour because of the houses painted in blue. Later Drive to Jhalra Patan to experience the local festival of Chandrabhaga. The fair has its own unique ethnic charm. In the evening drive back for an overnight stay at Hotel in Kota.

After breakfast take an excursion to Jhalra Patan for Chandrabhaga Festival. These big cattle fair which blends religion with commerce is held here. Livestock like cows, horses, buffaloes, camels and bullocks are brought from distant parts for sale. Traders from as far as Madhya Pradesh and Maharashtra converge here and brisk trading takes place. The fair provides an opportunity for the tourists to acquaint themselves with the people of this region and their rituals and traditions. Later in the afternoon drive back to Kota for the overnight stay in the Hotel. 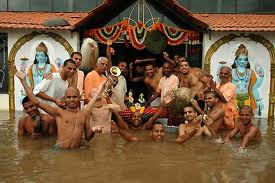 Post breakfast proceeds to Jaipur. Jaipur is popularly known as 'The Pink City' due to the colour of the buildings in its old part. This Buzzing city is a place of wild contrasts and is a feast for the eyes. Rest of the time free at leisure. Overnight at hotel in Jaipur.

Drive from Jaipur to Agra en-route visiting Fatehpur Sikri. This medieval city was abandoned due to non-availability of water but is still in a state of perfect preservation. Arrive Agra and check-in Hotel. Rest of the day is free at leisure. Overnight at the hotel.

After breakfast, the guest will be assisted for a morning half-day guided city tour of Agra visiting world famous Taj Mahal- (closed on Fridays). Taj Mahal is an eternal monument signifying love. Proceed to visit from inside the Agra Fort- This magnificent fort was built by a Mughal emperor to commemorate his victory in war. Later proceed to Delhi by surface. On arrival check-in, Overnight at Hotel in Delhi.

After breakfast full day combined city tour of Old and New Delhi. Start with the 17th Century Old Delhi. Visit Jama Masjid which is the largest mosque in India, built in the year 1656. Pass through Red Fort which was built in the year 1646. Also, visit the memorial of the Mahatma Gandhi known as Raj Ghat. PM we explore the two world heritage sites of New Delhi. First The Humayun Tomb which is the mausoleum of the Mughal Emperor Humayun and Second - Qutab Minar. Also, drives pass the President House (formerly the viceroy's residence) the India Gate (memorial to the Indian army soldiers who died in the World War I) and the Parliament House. Later at night transfer to the International Airport for departure to onward.

Package Posted on : Aug 14, 2019
Package Valid for Limited Period Only

To Get the latest 2019 quote for this "Rajasthan Tour By TSI Holidays" travel deal package, contact our travel agent by this Travel Booking Form 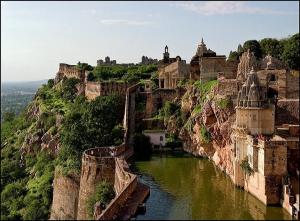 Give your Feedback, Reviews or Comments on: “Rajasthan Tour By TSI Holidays”