Welcome to Ahmedabad, the largest city in Gujarat. On arrival at Ahmedabad Airport / Ahmedabad Railway station, you will be met and transferred to Jamnagar. On arrival check in to the hotel. The rest of the evening is at leisure for independent activities. Overnight in Jamnagar.

This morning, drive to Dwarka. En-route visit the Lakhota Lake, liveliest in the evenings, when people relax around the lake to enjoy the breeze and a chai, kulfi, or chaat from one of the many foods stands, and at night the lake is beautifully lit. Continue to Dwarka, on arrival check in to your hotel. Later, visit Rukmini Temple and Dwarkadeesh Temples, the main temple at Dwarka, also known as Jagat Mandir. The grandeur of the temple is enhanced by the flight of 56 steps leading to the rear side of the edifice on the side of the river Gomti. The temple is built of soft limestone and consists of a sanctum, vestibule and a rectangular hall with porches on three sides. The rest of the evening is at leisure. Overnight in Dwarka.

Today, proceed to the Beyt Dwarka, also known as Beyt Shankhodhar, is a small island and was the main port in the region before the development of Okha. The pond situated near the temple is called Kachoriyu Talav. Towards the eastern seashore of Beyt Dwarka, if interested one can visit the shrine of Haji Kirmani Pir, who is considered one of the important Sufi saints, hailing from Kirman, Iran. There is a Gurudwara close to it and is believed to be the birthplace of Panjpyare's Sikh saint Shri Hukamchandji. The rest of the evening is at leisure for independent activities. Overnight in Dwarka.

In the morning drive to Somnath via Porbandar. En-route visit Tara Mandir Planetarium, There is an overhead round screen inside the Tara Mandir planetarium with celestial bodies depicted on it. The scientific projection of these stars and planets, with the help of special effects, adds to the interest of the viewers. On arrival at Somnath, check into your hotel. Later proceed to Bhalka Tirth, at this place, Lord Krishna was mistaken for a deer and wounded by an arrow. North of this sacred spot is the Sun Temple. Proceed for Somnath temple, the legendary shore temple of Somnath is one of the twelve most sacred shrines dedicated to Lord Shiva. The temple contains the jyotirlinga of Lord Shiva. The rest of the evening is at leisure. Overnight in Somnath.

Today, morning proceed to Rajkot via Junagadh tour. Enroute visit the Uparkot Fort, the oldest part of Junagadh, and the centre of any visit to the city, is the upper citadel, known as Uparkot. Later to this visit Ashok Rock Edict, this rock edict is a huge stone and the carving in Brahmi script in Pali language mention the resistance to greed and animal sacrifice and also moralize the principles of purity of thought, secularism in thinking, kindness and gratitude. The site of the edicts is open every day from 8am-6pm. Continue to Rajkot, on arrival check in to your hotel. The rest of the evening is at leisure. Overnight in Rajkot.

This morning, proceed to the notable Chamunda Mataji Temple situated at Chotila a small town exactly midway between Ahmedabad and Rajkot. Chamunda Mataji Temple is the 'Kuldevi' (family goddess) of most Hindus in the Saurashtra region. Chamunda is also known as Ambaji, Mahakali, Bhuvaneshwari and Chamundma. The Watson Museum at Rajkot is known for housing a huge collection of ancient and traditional artefacts. Among the exhibits of the Watson Museum in Rajkot, there are 13th-century carvings, Tribal costumes, Temple statues, Silverwares, Natural history exhibits, Ancient coins, Textiles. The huge marble statue of Queen Victoria is among the precious possessions of the museum. The rest of the evening is at leisure. Overnight in Rajkot.

Today, proceed to Ahmedabad. Enroute visit to Gandhinagar is one of the most planned cities in India. It is located by the shores of the River Sabarmati and is a well-known tourist spot and commercial centre. It is home to lots of religious, historical and cultural places. Some of the popular tourist attractions in Gandhinagar are Akshardham Gandhinagar. Visit the Indroda Nature Park is located at the outskirts of the city near Indroda Village. It houses both Deer Park (Hiran Udhyan) and Dinosaur Park and it is one of the best tourist spots for nature lovers. On arrival check in to your hotel. The rest of the evening is at leisure. Overnight in Ahmedabad.

Today bid farewell to your 'Saurashtra Darshan' as you are transferred to the Ahmedabad airport / Ahmedabad railway station for your onward journey.

Package Posted on : Jun 20, 2013
Package Valid for Limited Period Only

To Get the latest 2021 quote for this "Saurashtra Darshan Tour Package" travel deal package, contact our travel agent by this Travel Booking Form 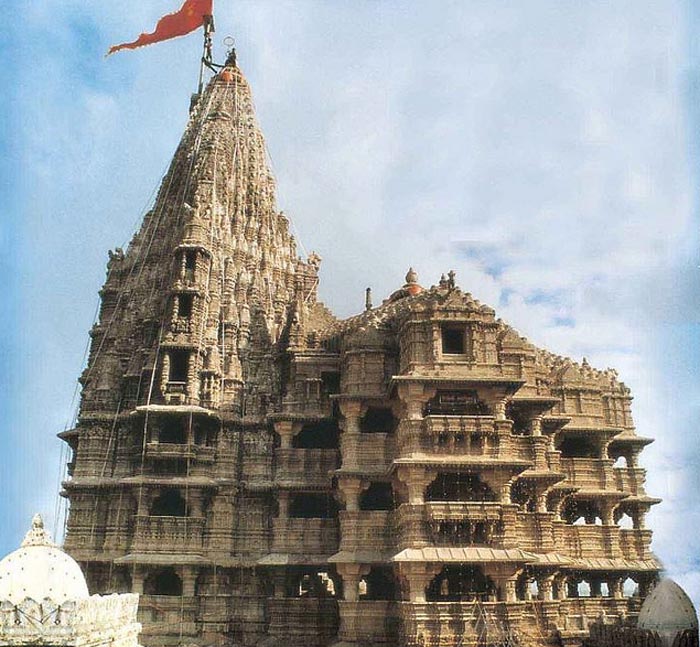 Give your Feedback, Reviews or Comments on: “Saurashtra Darshan Tour Package”