Fly to New Delhi from your home country and arrive at the Indira Gandhi International Airpot. From the airpot. Drive to the hotel whwrw we stay for the night

After breakfast drive to the domestic airpot for a spectacular for a one hours flight to srinagar capital of the Kashmir vally . On arrival drive ro the cityi center and later transfer to the hotel. Afternoon we take a Shikara ride in the back waters of the lake, gliding past, floting gardens, people paddling to their homes in small boats, Watching an occasional Kingfisher picking his dinner and Kites zooming overhead. Return back to the houseboat for your overnght stay at the houseboat

After breakfast we will drive to the old city. Starting from the famous shrine of Shah-Hamdan we crossover the Jehlum river and visit the Mugal architecture inspired stone Mosque. After crossing over we walk through the spice market, brimming with shops that sell, soap nut, saffron, dry fruits, steaming kebabs, Himalayan herbs and dried vegetables. Also you will be walking past bylanes that have an interesting array of old houses with a distinct style of medieval architecture of Kashmir. From the bazaar, we cross the main chowk onto another alley that leads to the grand mosque of Kashmir. In between, we will be walking past tobacco selling shops, bakers, roadside vendors and copper ware shops. After a well spent half a day walking, we will drive to a famous Kashmiri restaurant where you will taste the traditional food of Kashmir. Later drive back to the houseboat.

We begin uor day in ascending towards the ancient temple of Lord Shiva overlooking the Dal Lake. The temple known as Shankaracharya is reached after a short drive and later a grueling climb on the 200 steps to the sanctum sanctorum of the temple After a well spent half a day walking, we will drive to a famous Kashmiri restaurant where you will taste the traditional food of Kashmir. Later drive back to the houseboat.

After breakfast. we will circumvent the Dal Lake and drive through beautiful hamlets and small houses towards Sonamarg The Golden Meadow. We arrive in Sonamarg and begin a two hour hike to the Thajwass glacier, walking along with village folk who are walking up and down from the high valleys in search of wood and green pastures. We will have amazing views of the Thajwass glacier in the foreground as well as the magnificent mountains. Afterwards we will walk down back to the valley floor and drive to our hotel for the night stay. Overnight in hotel. The Sindh meanders through the valley, filled with trout and mahaseer fish. Here you can experience the true beauty of the Himalayas, unspoiled by human habitation. Overnight in Hotel

After breakfast w will drive to an ancient temple complex in Naranag valley. In Naranag we will visit the temple complex supposedly build by the Pandavas, Also we will walk on a ridge to a small picnic meadow known as Wangath.We explore the valley base and later leave back for Sonamarg in the afternoon. Overnight in hotel.

Day - 7 - Drive to Mulbekh and stay in Shergol Camp

After breakfast we ascend the Zojila pass and crossover into the Ladakh region. From the first pass we drive to the small and scanty village of Drass and onwards to Kargil. Stopping in Kargil for some tea and off we move on for another hours journey to the picturesque campsite at Shergol. On arrival we transfer to the camp after a hard days drive. Dinner and overnight in camp.

Day - 8 - Driving to Leh along the Indus

After breakfast, we will drive to Leh and en-route cross over the passes of Namikala and Fotula. Also we will stop over briefly at the Lamayuru monastery and later drive in the direction of Leh. On arrival we will transfer to the hotel in the city. Dinner and overnight in hotel.

Day - 9 - Spending a day at monasteries in Leh

After breakfast we drive to the amazing monasteries around the region. We meet monks in various avatars as they pray, gossip and read in their magnificent halls in front of the many forms of the Buddha. Each monastery is different in its way of life, architecture and landscape. The monastery of Shey is atop a craggy cliff, The Thikse is built on a hilltop in such a way that it looks like french castle and the approach to Hemis starts with a long staircase, tall wooden gate and a magnificent courtyard. We journey back to the hotel in the evening as we witness the sky turning orange with the sun setting down behind the mountain ranges and casting its rays on the broad Indus river. Overnight in hotel.

we drive along the Shyok river basin towards the Hunder region located in the Nubra Valley. The region is famous for its sand dunes and Bactrian camels which we will experience the following day. For now we will settle in the camp and later take a walk around the village market. Overnight in resort.

After breakfast we will drive to the Sand dunes of Hunder. In Hunder we climb on the two humped camels for a ride across the vast plateau. Later we visit the Deskit monastery. Evening will be at leisure.

After breakfasst we visit to the Panamik hot spring.Later we drive back from the springs towards the city of Leh. Retracing the road back across the Shyok river and Khardungla pass, we arrive in Leh in the afternoon and settle in the hotel, in the evening we will go for a local bazaar walk in Leh town. Overnight in hotel.

Package Posted on : Jun 12, 2014
Package Valid for Limited Period Only

To Get the latest 2019 quote for this "Himalayan Safari Tours Package By Goibibo" travel deal package, contact our travel agent by this Travel Booking Form 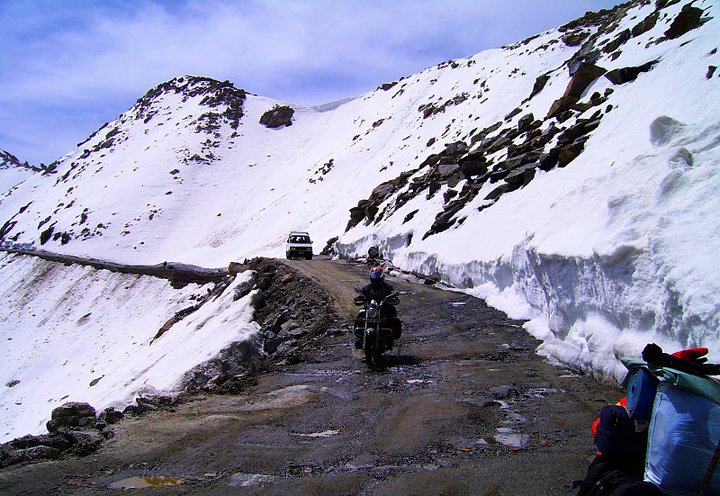 Give your Feedback, Reviews or Comments on: “Himalayan Safari Tours Package By Goibibo”