Depart from either Mumbai or Delhi by Turkish Airlines direct flight to Istanbul. Meet at Istanbul International Ataturk Airport and transfer to your hotel. Time to freshen up and relax before we depart for an Indian restaurant for Lunch.

After lunch depart for Cevahir Shopping Centre, one of the largest shopping malls in Europe and the 8th largest shopping centre in the world. Cevahir is a modern shopping and entertainment centre located in the Sisli district of Istanbul. After the shopping mall, proceed to enjoy a magical Istanbul Bosphorus Boat Cruise along the waterway separating Europe and Asia. After the escorted tour, have dinner at an Indian Restaurant and return to the Hotel. Stay at FERONYA HOTEL or Similar. 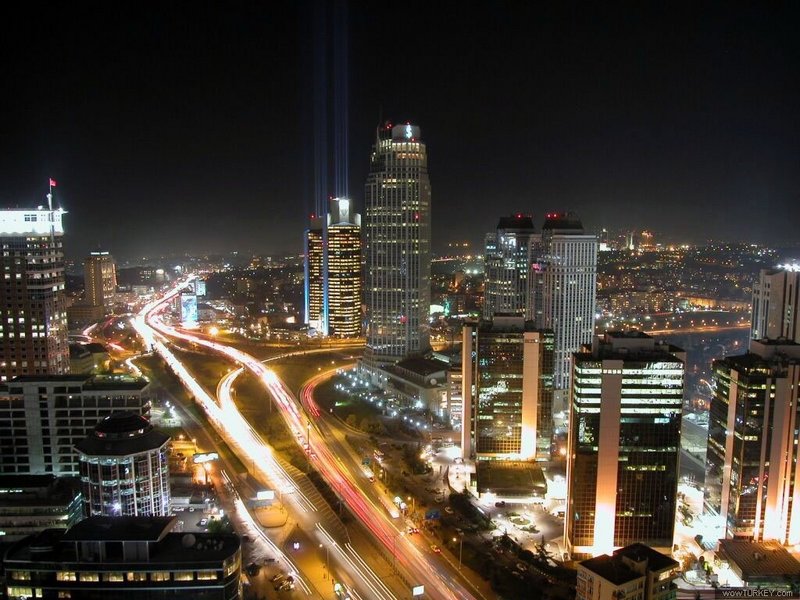 Pick up at 09:00 am from your hotel for a day tour of old Istanbul city. Visit TOPKAPI PALACE The great palace of the Ottoman sultans from the 15th to the 19th centuries housing an exquisite collection of crystal, silver, and Chinese porcelain, robes worn by the sultans and their families, the famous jewels of the Imperial Treasury, miniatures, the Holy Mantle; enshrining relics of the Prophet Mohammed.

SULTANAHMET IMPERIAL MOSQUE Across from St. Sophia built in the 16th century by the architect Mehmet, is known as the BLUE MOSQUE because of its magnificent interior decoration of blue Iznik tiles. HIPPODROME Ancient Hippodrome, the scene of chariot races, with the three monuments the Obelisk of Theodosius, the bronze Serpentine Column and the Column of Constantine. Lunch break at an Indian restaurant.

After lunch we will then take you to the GRAND COVERED BAZAAR In this labyrinth of streets and passages are more than 4,000 shops with each trade having its own area: the goldsmiths' street, the carpet sellers, Turkish arts and crafts, such as hand-painted ceramic plates, hand-honed copperware, brassware and trays, water ewers, onyx-ware and meerschaum pipes. After the tour. Proceed to Gar club to experience a mesmerising belly dancing and Turkish cultural show along with a delicious dinner. Transfer back to your hotel. Overnight in Istanbul.

After breakfast depart for Istanbul Ataturk Airport for domestic flight to Izmir. Today, we are going to visit Ephesus to view the ruins of Ephesus, one of the best-preserved ancient ruins in the world. A visit to Ephesus - once the commercial centre of the ancient world - is a highlight of any visit to Turkey. The city, whose wealth and patronage supported its splendid architectural program, was dedicated to the goddess Artemis.

Her enormous temple once considered one of the seven wonders of the Ancient World and rebuilt several times, dates in its latest form from the third century B.C. The tour of the ruins also includes a theatre, gymnasium, agora and baths, as well as the Library of Celsus. You will visit The Temple of Diana, The Old City of Ephesus, Temple of Hadrian and Serapis, Library of Celcius, lunch in Selcuk, and Temple of Artemis. After the Ephesus Tour, we return to our hotel for dinner and stay at KAYHANBEY HOTEL or Similar.

After breakfast depart to Antalya (7-hour drive). Attalia, the ancient name of Antalya, is derived from that of the Pergamon king Attalos II Philadelphus, who founded the city on the Pamphylian seacoast around 150 BC. It is known that it was visited by St. Paul by way of Perge in 46 A.D., that it was an important trading centre in the 2nd century A.D. and that the Emperor Hadrian's visit in 130 A.D. was commemorated with new monuments. Upon arrival in Antalya, we have lunch at the hotel. Enjoy your all-inclusive hotel package here with food, and soft drinks. The rest of the day is yours to discover Antalya. Dinner at the hotel. Stay at NAZAR BEACH HOTEL or Similar.

After Breakfast drive to Aspendos Theatre, Old city Kaleici, Clock Tower. Aspendos Theatre - Aspendos is known for his best-preserved theatre of antiquity with seating for 15.000. Still used today, the theatre's galleries, stage decorations and acoustics all testify to the architect's success. Nearby stand the remains of a basilica, agora and one of the largest aqueducts in Anatolia. Aspendos was a major port city in the Roman period with the navigable river of Koprucay. Visitors usually only see the theatre on the hillside, however, the aqueduct is also recommended.

According to ancient tradition, the city was founded by Mopsus in the 13C BC. In the 6C BC, the Lydian King Croesus took Aspendos. After Cyrus victory over Croesus in the same century, the city became Persian. In the 5C BC, Aspendos minted its own silver coins. Alexander the Great took over from the Persians in the 4C BC. In the Roman period, Aspendos entered into good relations with Rome. Enjoy lunch on tour afternoon. After the tour, return to the hotel for dinner and overnight in Antalya. 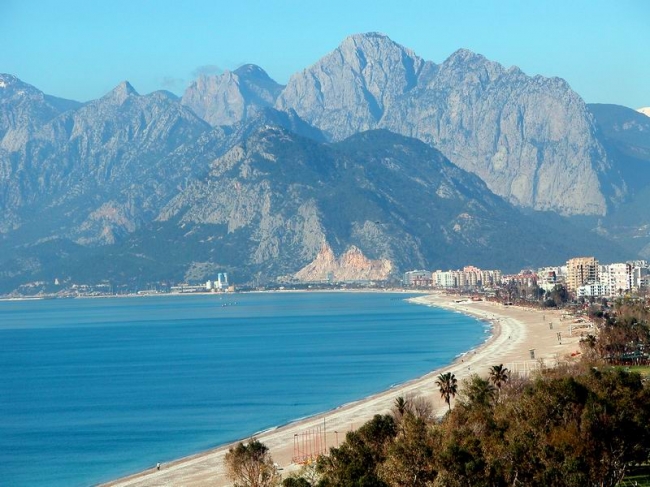 After breakfast early morning at 08:00 am we have a (9-hour drive) to Cappadocia. En route, we will make a visit to Konya for lunch at a local restaurant and see the imposing green-tiled Mausoleum of Mevlana, the mystic founder of the Sufi sect (Whirling Dervishes). After the Konya Mevlana tour drive to Cappadocia Which is unique in the world and is a natural world known as the cave city of Turkey. Arrive to Cappadocia and check into Cave hotel or similar.

After breakfast at 09:00 am we start our Cappadocia tour including Goreme Open Air Museum, Dervent Valley, and Pasabag Valley. Lunch at the hotel. After lunch, the second part of our Cappadocia Tour will include Avcilar and Pidgeon Valley. After the tour transfer to your hotel. Overnight in Cappadocia.

Enjoy breakfast at the hotel. Today after lunch depart for Kayseri Airport for domestic flight to Istanbul and then back to home.

Package Posted on : Mar 23, 2019
Package Valid for Limited Period Only

To Get the latest 2019 quote for this "8 Days Tantalizing Turkey Tour Package from Raj Travels" travel deal package, contact our travel agent by this Travel Booking Form

single occupancy in the room

Give your Feedback, Reviews or Comments on: “8 Days Tantalizing Turkey Tour Package from Raj Travels”