AMAR NATH JI YATRA
One of the holy trinity, Shiva is a living god. The most sacred and most ancient book of India, the Rig Veda evokes his presence in its hymns, Vedic Myths, rituals and even testify to his existance from the dawn of time.
Legend has it that Shiva recounted to Parvati the secret of creation in a cave in Amarnath. Unknown to them, a pair of doves eavesdropped on this conversation and having learnt the secret, are reborn again and again, and have made the cave their eternal abode. Many pilgrims report seeing the doves pair when they tred the ardous route to pay obeisance before the ice lingam (the phallic symbol of Shiva).
The annual yatra to Holy Amarnath Cave, situated at 14000 ft. above sea level, is organised by the State Government during the month of July and August. The intending pilgrims are allowed to perform darshan from Ashard Purnimashi to Shravan Purnimashi which course spreads over a month or so. With a view to work out and finalise different arrangements, a series of core meetings are held at Srinagar as well as Pahalgam (the base-camp for Amarnath Yatra). Among other issues connected with yatra, a decision is taken for regulating the yatra traffic within the prescribed daily ceiling as per Sen Gupta Report on both Pahalgam and Baltal routes . Simultaneously, the JK Tourist offices located outside the State, are asked to start advance registration of yatries on first come first serve basis, within a stipulated period and thereafter `current registration’ of yatris is done by the Tourist offices within the State which continues till end of yatra. The detailed information with regard to Yatra, including other related issues like Do’s and Don’ts, installation of free langers by NGOs is publicised by the Tourism Department in leading national dailies as well as local news papers. However the intending Yatris can have the detailed information in the form of printed material at all the Tourism Offices located within and outside the state . 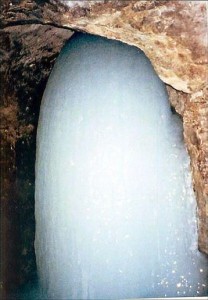 Package Posted on : Jun 28, 2011
Package Valid for Limited Period Only

To Get the latest 2022 quote for this "2 Nights Amarnath Yatra Package on Helicopter from India Travels Rs.13449/-" travel deal package, contact our travel agent by this Travel Booking Form

If you have not decided yet or wants to customize tour itinerary or hotels listed above in "2 Nights Amarnath Yatra Package on Helicopter from India Travels Rs.13449/-", then we can change the travel itinerary and make a personalized, tailor-made holiday package, especially for you. We can modify this travel package as per your itinerary, budget, duration and the tourist places you would like to visit, including transportation and airfare should be included or not. Please fill the form below to contact us.

Give your Feedback, Reviews or Comments on: “2 Nights Amarnath Yatra Package on Helicopter from India Travels Rs.13449/-”