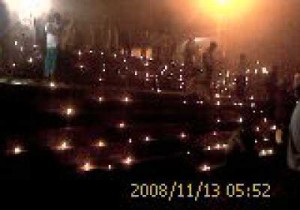 Since 1987 in hospitality of Kolhapur, “Hotel Ayodhya” is the only hotel, prominently located near to the statue of Tararani to welcome you in kolhapur city. It’s just five minutes away from Kolhapur S.T. Stand & Kolhapur Railway Station.

Reception
Since 1987 in hospitality of kolhapur, “Ayadhya” is the only hotel,prominently located near to the statue of Tararani to welcome you in kolhapur city. It’s just five minutes away from S.T. Stand & Railway.

Texas Bar
The only pub style A.C. bar with an antique touch of “Texas- look”, cozy ambience and nice music to take your spirits soaring high.

Package Posted on : Jul 30, 2010
Package Valid for Limited Period Only

To Get the latest 2023 quote for this "Hotel Ayodhya, Kolhapur, Kolhapur Hotel Package Rs.995/-" travel deal package, contact our travel agent by this Travel Booking Form

If you have not decided yet or wants to customize tour itinerary or hotels listed above in "Hotel Ayodhya, Kolhapur, Kolhapur Hotel Package Rs.995/-", then we can change the travel itinerary and make a personalized, tailor-made holiday package, especially for you. We can modify this travel package as per your itinerary, budget, duration and the tourist places you would like to visit, including transportation and airfare should be included or not. Please fill the form below to contact us.