Horsley Hills is a famous Hill Station in Chittoor and also one of the best sightseeing places in Andhra Pradesh. It is situated at an altitude of 1265 meters. Earlier Horsley Hills was known as Yenugu Mallamma Konda. According to the legend, there was a little girl named Mallamma who was taken care of by the elephants. She used to heal tribals on the hills. When she disappeared, people started to believe that she was a goddess and built a temple to commemorate her. Later the place was named after W.D. Horsley, the Collector of Cuddapah district. Mesmerized by the beauty of these hills, he chose this spot as his summer residence.

Not just the hills, the scenic drive to the Hills is equally exciting and enchanting. Amidst the thick forest cover of the Eucalyptus, Jacaranda, Allamanda, Gulmohar, Reeta, Amla, Beedi leaves, Blue Gum and Sandalwood tourists can spot bears, wild dogs, jungle fowl, sambar and panthers.

Kalyani - Eucalyptus Tree, View Point and Galli Bandalu should definitely be a part of your Horsley Hills holiday itinerary. 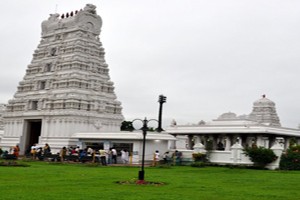 Happy Travworld offer 3 days and 2 nights Tirupati darshan & Horsley Hill tour package with with discounted price.Tirupati is one of the religious places in India. It is situated... 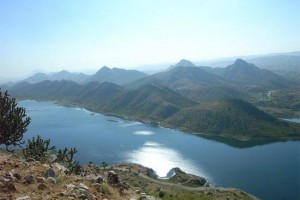 Horsley hills car rental package.. Inclusions: + Vehicle hire, fuel, driver charges and interstate taxes. + Pick up from and drop off at your place of residence. + All car...