Kinnaur is renowned as the land of God and has in store some of the best tourist spots that will offer you the most memorable moments of your life. Located around 235 km from Shimla, Kinnaur is resplendent with overwhelming beauty and rocky mountainscape.

Offering a melange of Buddhism and Hinduism, Kinnaur has preserved both its tradition and culture. Since Kinnaur shares boundaries with Tibet, you can experience here the Tibetan culture too.

Kinnaur is spread into Hangrang Valley and Sangla Valley. Thus it is known to have three administrative zones - Kalpa, Pooh, and Nichar. Sangla is a hub for adventure sports such as paragliding, rafting, and angling, Kalpa is an epitome of natural beauty and calmness.

Kinnaur is one of the most enticing hamlets should be not missed. It is guarded by three big hill ranges - Himalaya, Zanskar, and Dhauladhar. Its rugged terrains are a fascination for all the adventure buffs who long to try something exciting. The most sought after places in Kinnaur are Kinnaur Kailash, Nako Lake or Baspa river.

Best of Kinnaur tour packages are listed on traveldealsfinder. You could select from Shimla, Manali Tour from Pack the Bag Tours or Breathtaking Himachal Tour Packages in discouted price. There are options to book only flights or only budget hotels in Kinnaur too. 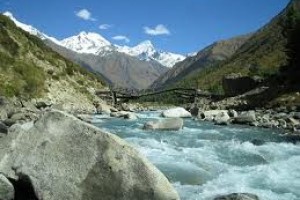