Arrive Bhopal, The picturesque city of Bhopal, set around a lake and is famous for its archaeological wealth. You will be met upon arrival and transferred to your hotel. Afternoon visit Shamla and Idgah Hills which offers some of the best views of Bhopal, later visit Shaukat Mahal designed by a French Architect lastly visit elegant Sadar Manzil, Hall of Public Audience of the former rulers of Bhopal. Rest of the evening is at leisure for individual activities, overnight at the hotel. 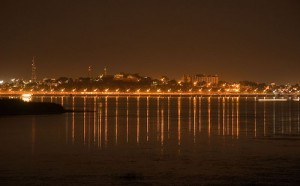 This morning visit Sanchi, the only place to have the distinction of having specimens of almost all kinds of Buddhist architectural forms, Stupas, Chaityas, Temples and Monastries and the finest examples of Buddhist creative art and sculpture in the country most popular being the Ashoka Pillar. Later proceed to Vidisha, once-bustling city and important trade centre in ancient times, Situated in the fork of the Betwa and Beas rivers, Vidisha includes the ruins of a Brahmanical shrine - dedicated to Lord Vishnu, the first known example of the use of cement in India. Overnight at the hotel.

Today visit to Bhimbetka Caves, which is a UNESCO declared World Heritage Site, there are over 700 rock shelters belonging to the Neolithic age. Paintings in over 500 caves depict the life of prehistoric cave dwellers. Rest of the day is at leisure for shopping and individual activities, overnight at the hotel

Today you will drive to Indore, Situated on the banks of the Rivers Saraswati and Khan, Indore was planned and founded by Rani Ahilyabai Holkar and derives its name from the 18th C. Indreshwar Temple. Proceed to your hotel. Afternoon visit, the famous temple of Bada Ganapati and Kanch Mandir a Jain temple is an architectural marvel in glass. Overnight at the hotel.

This morning you will proceed for a full-day excursion to Ujjain, one of the greatest cities of ancient India, Situated on the banks of the river Shipra, Ujjain is one of the venues of the Kumbh Mela held every 12 years. Evening return to Indore. Overnight at the hotel.

Proceed by road to Mandu, Perched along with the Vindhya ranges at an altitude of 2,000 feet, with its natural defences, was originally the fort capital of the Parmar rulers of Malwa. Afternoon visit Jahaz Mahal, a 120 mt long "ship palace" built between the two artificial lakes, Hindola Mahal, it derives its name of "swinging palace". Overnight at the hotel. 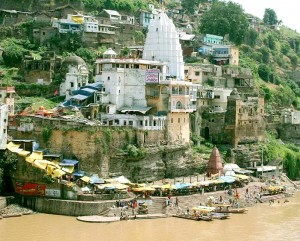 In the morning proceeds to Maheshwar (80 km), the glorious city at the dawn of Indian civilization, Today, Maheshwar is also known for its distinctive hand-woven sarees called Maheshwari. Proceed to Omkareshwar (55 km), the sacred island, shaped like the holiest of all Hindu symbols, 'Om', has drawn to it hundreds of generations of pilgrims. Following temple, visit drive to Indore (100 km). Overnight at the hotel.

Transfer to airport/railway station for your onward journey.

Package Posted on : Aug 18, 2019
Package Valid for Limited Period Only

To Get the latest 2022 quote for this "Madhya Pradesh Sacred Tour Package" travel deal package, contact our travel agent by this Travel Booking Form

Give your Feedback, Reviews or Comments on: “Madhya Pradesh Sacred Tour Package”