How to Reach Tamil Nadu

How to Reach Tamil Nadu

Tamil Nadu located in the southernmost part of the Indian Peninsula and shares its border with Pondicherry, Kerala, Karnataka and Andhra Pradesh. It is bound by the Eastern Ghats in the north, the Nilgiri, the Anamalai Hills, and Palakkad on the west, by the Bay of Bengal in the east, the Gulf of Mannar, the Palk Strait in the south east, and by the Indian Ocean in the south. 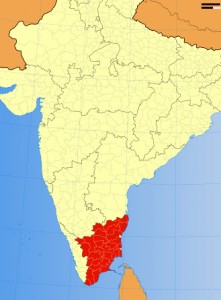 Getting here – How to reach Tamil Nadu

Anna International Airport in Chennai has connections with many South-East Asian cities, Sri Lanka, and some European cities (Frankfurt, Brussels and London). There are also flights from Tiruchirapalli to Colombo in Sri Lanka and Singapore. There are flights from Coimbatore to Sharjah, Colombo and Singapore. Other domestic airports in Tamil Nadu include Tiruchirapalli, Madurai, Coimbatore, Salem and Tuticorin.

Salem Airport and Tuticorin Airport are domestic airports with convenient connections to the rest of the state and the country.

Tamil Nadu is served by Southern Railway and there are many trains from Chennai to almost every major city in India. Chennai serves as a gateway city for connections from other parts of Tamil Nadu.

TamilNadu has three major seaports at Chennai, Ennore and Tuticorin, as well as one intermediate port, at Nagapattinam (Seven other minor ports including Cuddalore and Nagapattinam).

Tamilnadu is very well connected by road transport, all the major towns, cities and villages are connected by National Highways, state highways and internal road systems. There are 28 national highways in the state, it is also a terminus for the Golden Quadrilateral project. Chennai have the largest bus stations CMBT with Seven different state owned corporations fly buses to and from various destinations within South India.

There are hourly buses for places like Tirupati, Pondicherry, Coimbatore. You will get the option of A/C or Non-A/C coaches for cities like Bangalore, Trivandrum, Hyderabad.

The Tamil Nadu State Transport Corporation (TNSTC) is the public transport bus operator of Tamil Nadu, and operates buses along intra and inter state bus routes, as well as city routes. There are currently 8 divisions in TNSTC:

Metropolitan Transport Corporation buses ply throughout the city which are government-run and extremely cheap.

Note: All the Tamil Nadu map images/ Videos of Tamil Nadu belong to their respective owners. We have used Tamil Nadu images & videos for information purpose only. If you are the owner & want to remove that image/video then do write us at mentioned email. Information on Flights, Rails, Road distance to Tamil Nadu may be differ from actual so we request you to check Indian Railways, Airlines and other related Tamil Nadu tourism department Govt website of for latest updates.

Give your Feedback, Reviews or Comments on: “How to Reach Tamil Nadu”