Virgin Atlantic is the trading name of Virgin Atlantic Airways Limited. The company headquarters is in Crawley, West Sussex, England. Virgin Atlantic Airlines offers flights from the United Kingdom, North America, Africa, the Middle East, the Caribbean, and Asia from its base at London Heathrow and Gatwick.

According to the reports in 2012, Virgin Atlantic Airlines carried over 5.4 million passengers, which made it the 7th largest UK airline in terms of passenger traffic. The reputed airline holds a Civil Aviation Authority Type A Operating License, that permits it to carry passengers, mail and, cargo on aircraft with 20 or more seats.

The airline connects 32 destinations across UK, North America, the Caribbean, Africa, the Middle East, and Asia. It has a codeshare agreement with 16 airports across the globe, 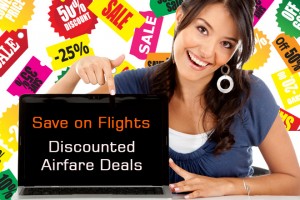 Get ready to travel abroad with discounted flight tickets! Travelocity brings the great discount offer for the whole world. Get instant discounts up to Rs. 3000 on airfare to most...

This July, Travelocity offers the whole world on sale. Get instant discounts up to Rs. 3000 on airfare to most of the continents on Jet Airways, Thai Airways, Air India,...

Discount of upto Rs. 700 on International Flight Tickets with Travelocity

Travelocity gives you a million reasons to fly with them. Explore the world with discounted International Airfares. Travelocity offers the whole world on sale. Get instant discounts upto Rs. 700...

Travelocity Cheap Flights to London from Kolkata at Rs.36589/-

Travelocity Cheap Flights to New York from Kolkata at Rs.71476/-

In India, You can take Virgin Atlantic Flights from: Delhi and Mumbai only